Route 66 - Between Arcadia and Luther

Between Arcadia and Luther Oklahoma there are several old attractions that are great to stop and look at.  Some of these places make great stops for portrait photography.  Closer to the little town of Luther you have the “Rock of Ages Farm” with a cool old barn that sits up in the tree line.  Going to have to come back to this place in the morning hours and see if  I can catch a reflection in that pond! 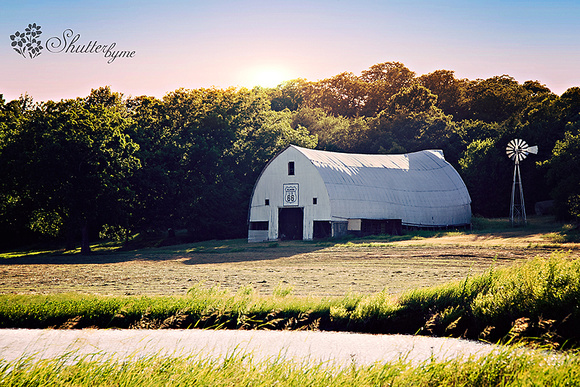 The Rock of Ages farm also has an old gas station on it that was built back in the early 1920's.  You can catch it just right off 66 on the right side of the highway going from Luther to Arcadia.  Not only does this little gas station make a great place to take portraits at it also has a little bit of history that goes along with it. 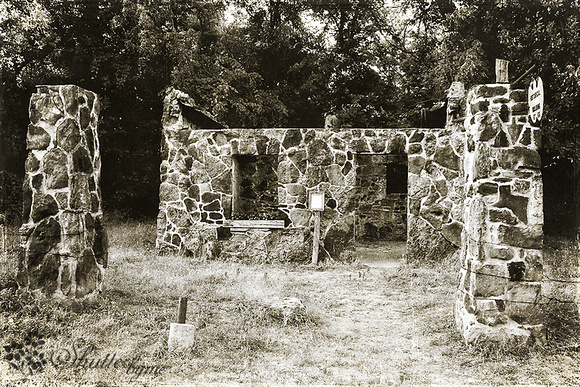 This is one of the last old gasoline filling stations still standing in this part of the country.  No one knows for sure, but it is thought to have been built in the late teens or early twenties.  It had two pumps, one for regular gas and one for ethyl, which was a little higher octane.  Oil was dispensed from a 50-gallon drum, which was laid down on its side on a wooden frame.  A spigot was put in the end of the drum, under which you put a quart can, then taken to your car and put in the motor.

Seeing there was no electricity out here at that time, most homes and buildings were lighted by kerosene lamps or lanterns.  Kerosene was dispensed the same way oil was, from a metal drum, put in your container and taken home.

Cold soda pop was sold only on days when the ice man made it by.  The pop was put in a large metal box with chipped ice over it.  Hard candy was sold most of the time; chocolate was sold only in the winter, because in the summer it would melt – since there were no refrigerators.

Back then, times were very hard and it was difficult to make a living.  One day, about the time Al Cap-one was terrorizing the City of Chicago, a so-called salesman came by the station, offering to sell the owners a way to make a lot of money, literally, for he had a set of plates for a counterfeit ten-dollar bill.  The story goes that the people yielded to temptation, with the thought of being able to get rich quick. 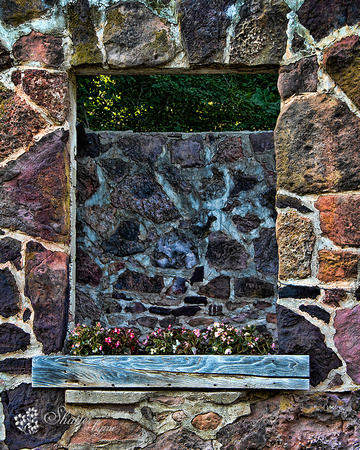 A small room was constructed on the back of the old station for the purpose of hiding the printing materials and a place to work.  The only entrance was through the window you see on the back wall of the station.  The window had a solid wooden door, which was kept closed most of the time.  People didn’t even know that there was a room back there.

The way the counterfeiting was done was that they would press one of the plates on a piece of paper with the green ink on it, then let that side dry 24 hrs, and print the back side of the bill the next day.  Things went along just fine for a time, but while passing one of the fake ten-dollar bills, one of the persons was arrested, and with the identification on him where he lived, he was traced to the old station.  While searching the building, the counterfeit plates were found.  So ended this crime spree, like so many others.  The person being taken to jail was overheard to say. “It wasn’t worth it”.

The old station was closed, never to open again.  Many years later, which had nothing to do with the counterfeiting, a murder victim was found in the old abandoned building.  Police were unable to determine whether he was killed here or the body just dumped.  The victim was never identified, for he had no identification on him and no one seemed to know him.

I love reading up on history of old places.....fascinating!  How many of you remember ethyl gasoline?

Not far down the road you have John Hargrove's place.  He has devoted his time making his place a little museum of Route 66 stuff.  Interesting place by the way it looks from the road.  I plan on going back to see if I can talk to him; looks like a great place for some portrait photography to me! 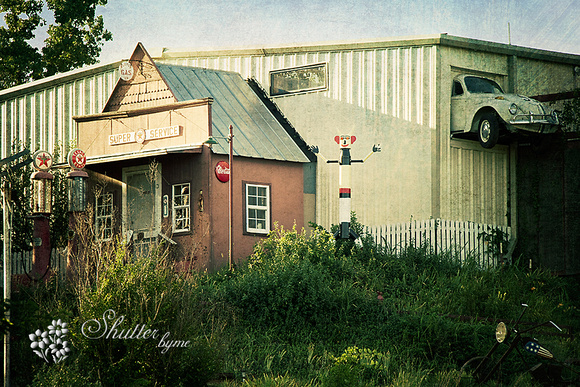 After the Hargrove place you have the famous round barn that was built in 1898.  I have been here before checking it out, but this day we couldn't go inside and take pics.  It just so happen they were having a wedding then. 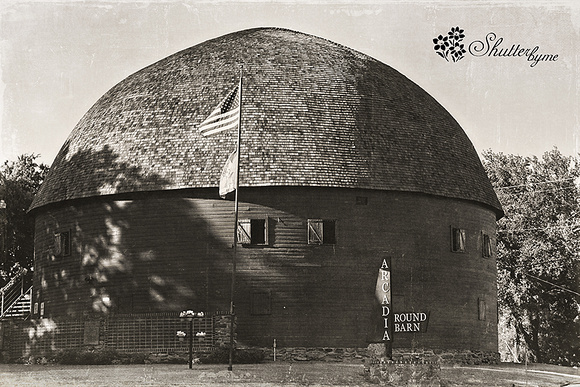 Across the street, well it use to be the Hillbillies Bed &amp; Breakfast.....now not much is going on around there except a few people like me using it for a backdrop for portrait photography.....oh yeah and the bikers like this place for their rallies I think.  The end of it does have a biker shop in it.  Would be really awesome to see this place back up and running! 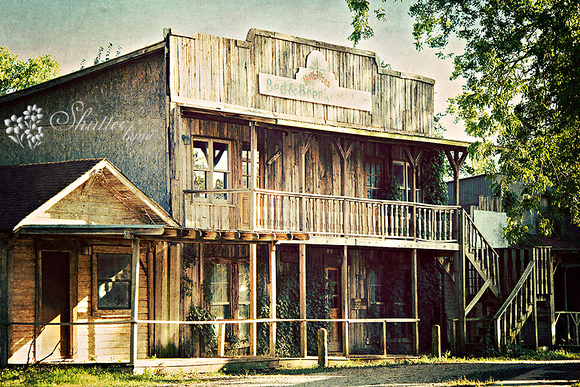 Hope everyone out there has a wonderful holiday weekend!  Happy 4th of July!